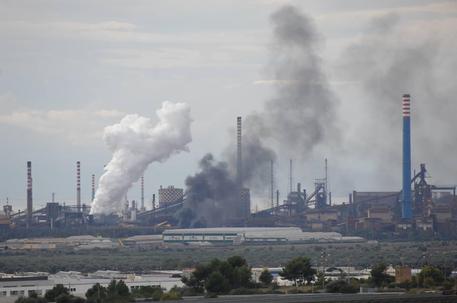 (ANSA) - Rome, July 10 - ILVA is to get a super-commissioner to oversee the clean-up of its controversial and highly polluting steel plant in the Puglia port city of Taranto, political sources said Thursday.
Assets frozen in recent government and judicial moves will be freed up to help defray the "huge" cost of making the enormous plant safe for those who work there and live around it, a cabinet decree said.
The supercommissioner, who has yet to be named, will supervise "urgent environmental work" at the fume-belching works, the largest steel plant in Europe.
The government stepped in to freeze assets pending the clean-up after the judiciary ordered the plant's closure because of unusually high cancer rates in and around Taranto.
In Taranto, Puglia's main port, infant mortality is 21% higher than in the rest of Puglia, the Higher Health Institute said last week.
Also Thursday, prosecutors asked for Fabio Riva, son of the late head of the industrial group that owns the ILVA steelworks, Emilio Riva, to be given five years and four months in a fraud trial against him.
The former ILVA executive and ex-deputy chairman of ILVA's parent company Riva is accused of defrauding the Italian State of 100 million of euros by illegally taking public subsidies for exports through the holding company Riva Fire.
Prosecutors also asked the court to confiscate assets worth over 91 million euros from Riva and his co-defendants in the trial. Riva is being tried in absentia pending a decision by the British authorities over extradition from London, where he currently resides. Italy's industry ministry is suing for damages to the tune of 120 million euros in the case.
A verdict is expected on July 21.
NEW MAN TO TAKE OVER FROM GNUDI.
The new supercommissioner will take over from a former minister under ex-premier Mario Monti, Piero Gnudi, who only took over as commissioner on June 6.
Gnudi, who headed the sport and tourism ministry from November 2011 to April 2013, himself succeeded Enrico Bondi, whose term ended in June, as special commissioner to oversee management and clean-up of Europe's largest steel mill.
The ILVA plant has drawn controversy for years over serious health concerns, culminating in a Save ILVA plan by the Monti government at the end of 2012 that set out measures to help the plant survive and preserve as many as 20,000 jobs during environmental clean-up.
Part of the Taranto plant was seized by judges to cover some of the costs of cleaning it up and meeting damage claims related to high levels of cancer in the area, which have persisted into the present.
In June prosecutors in Taranto said they are investigating concerns that carpenters working at the plant have suffered thyroid cancer.
On the same day a Taranto court found 23 former ILVA managers guilty in connection with a wave of asbestos and other carcinogen-linked deaths in the port city.