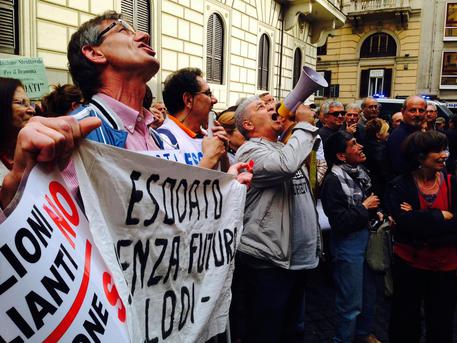 (ANSA) Rome, July 8 - As many as 6.8 million pensioners have to survive on gross pre-tax pensions of less than 1,000 euro a month and 2 million of those live on less than 500 euro monthly, Italy's INPS pension agency disclosed Tuesday.
In its annual report for 2013 INPS also disclosed that the number of pensioners cashing in their pension entitlement for a lump sum of cash has fallen dramatically following changes in the rules under the Fornero reforms.
Cashing in of pensions by private pension scheme holders fell by 32% in 2013 compared with 2012 for people taking early retirement and by 57% by people entitled to old age pensions.
Inps itself registered a negative balance of 9.9 billion euros for 2013 due in large part to the financial woes of Inpdap. Inps net wealth was registered at as much as 7.5 billion euro, however, an improvement thanks to the stability law.
Therefore, the Inps report said, "the sustainability of the pension system" is not at risk in Italy.