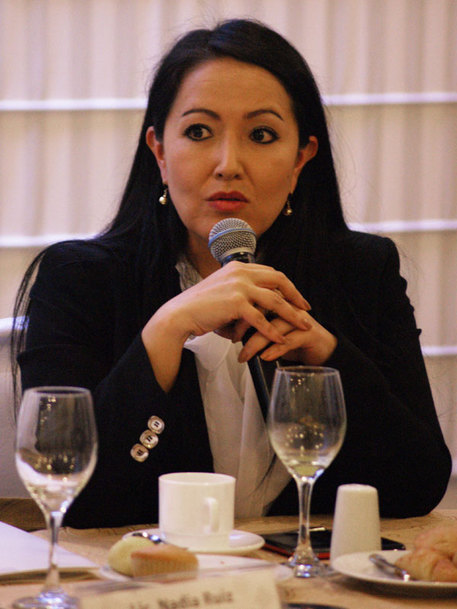 (ANSA) - Rome, July 8 - Ecuador said Tuesday it is concerned about Italian social services placing children of Ecuadorian immigrant workers in compulsory care due to a "too rigid interpretation of norms for the protection of minors".
Ecuadorian deputy Justice Minister Nadia Ruiz appealed to the Italian Government to take the "greatest care" in keeping Ecuadorian children and adolescents with their parents even when they are on the poverty line.
"Our Constitution protects all Ecuadorian citizens, including those living abroad," she said in a speech at the Italo-Latin American Institute (Iila) in Rome, adding that Ecuadorian President Correa is very attentive to the well-being of emigrants.
Ruiz arrived in Rome Monday together with Ecuadorian Deputy minister for mobile foreign affairs, Maria Landazuri De Mora.
They have had a series of meetings with Italian senior officials including Justice Minister Andrea Orlando from whom "we received maximum availability" Ruiz said. Ruiz also had a meeting with Ecuadorian mothers on the question, she added.
Official figures are not available but "the emergency involves around 30,000 families ina community that numbers some 200,000 Ecuadorian citizens from Genoa to Milan to Rome -- often entrusted to social services or family Homes. We are very worried about these youngsters and for their families," underlined Ruiz.
"Children have the right to live with their parents everywhere in the world".
Ecuadorian Ambassador to Italy Juan Holguin for his part added that the Ecuadorian envoys' aim is "to avoid that the remedy is worse than the illness." As many as 100 young Ecuadorians have been taken from their families by Italian authorities, he added. Landazuri De Mora said the problem has only been encountered in Italy. "We are grateful for the welcome that Italy offers our immigrants, giving them opportunities, but we ask for transparency and a greater exchange of information with Italian authorities".
In Spain, by contrast, "minors separated from their parents are entrusted to their relatives in Ecuador. Our hope is that this can also happen in Italy. If their mothers and fathers are not able to support them our first choice is for them being entrusted to their families in Ecuador rather than to Italian families that are strangers to them. The cultural factor is decisive," she said.