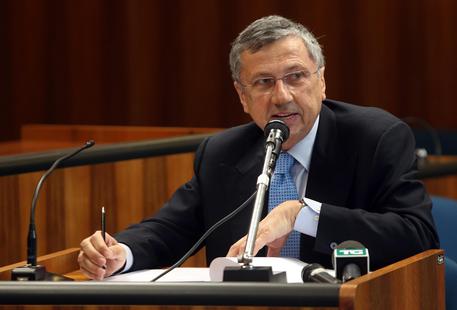 (ANSA) - Busto Arsizio, July 3 - Prosecutors on Thursday requested a court in the northern Italian city of Busto Arsizio sentence former Finmeccanica CEO and president Giuseppe Orsi to six years in prison for alleged international corruption.
Orsi is suspected of involvement in bribes allegedly paid to secure a 560-million-euro contract to sell 12 helicopters made by Finmeccanica subsidiary AgustaWestland to India. Orsi resigned from the helm of the State-controlled aerospace and defence giant last year after being arrested in relation to the probe.
He denies any wrongdoing and told a preliminary investigations judge last year that his actions "had always been motivated by the exclusive interest of Finmeccanica and all its subsidiaries".
Orsi told the judge he had no knowledge of illegal manoeuvres concerning the 12-helicopter deal.
Nor did he know the Indian Tyagi family, he said, members of which prosecutors say received bribes paid by Finmeccanica to secure the contract.
Prosecutors also requested a five-year jail term for Bruno Spagnolini, the former CEO of AgustaWestland.