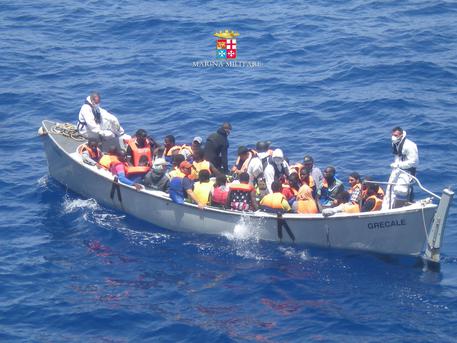 (ANSA) - Rome, June 30 - As many as 65,000 illegal immigrants already have arrived in Italy by sea this year, more than in the entire previous record year of 2011, the Interior ministry said Monday.
In 2011 some 63,000 illegal immigrants were recorded but ministry statisticians predict that as many as 100,000 could land on the peninsula and its islands in 2014 unless action is taken in countries such as Libya to prevent departures of Africans and others trying to reach Europe illegally, the ministry said.
In all 61,585 foreigners have landed in Italy this year while nearly 5000 others will be dropped off in Italian ports over the next two days after they were rescued in the Mediterranean over the past 24 hours by Italian Navy ships deployed to help clandestine immigrants as part of Operation Mare Nostrum and by Italian merchant ships, the ministry said.