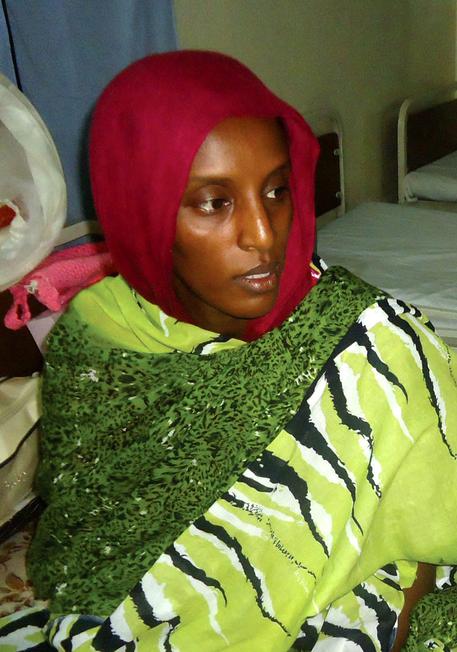 (ANSA) - Rome, June 24 - A woman held on death row in Sudan for apostasy was arrested on Tuesday, just a day after her release from prison, an NGO said. Meriam Yahia Ibrahim Ishag, 27, had been sentenced to death for marrying a Christian, but on Monday local media said the high courts in Khartoum cancelled the death sentence. However, she and her husband Daniel as well as her lawyer were arrested in Khartoum by Sudanese intelligence services Tuesday, said Antonella Napoli, president of NGO Italians for Darfur which is following the case.
Ibrahim, whose father was Muslim but who was raised by her Christian mother, was convicted of apostasy for marrying a Christian.
Sudanese media reported that Ibrahim gave birth in prison in May.
Laws in Sudan state that the conversion of Muslims to other religions is a crime punishable by death.
On Monday, Italian Foreign Minister Federica Mogherini had said that Italy was happy that Ibrahim was freed but "that does not mean we can let our guard down on all the other cases".
"It's great that Meriam has been saved but we must keep up our commitment for the others," Mogherini said.
Italy had played a prominent role in the campaign for her release.
Western embassies and rights groups had urged Sudan to respect the right of the woman to choose her religion.