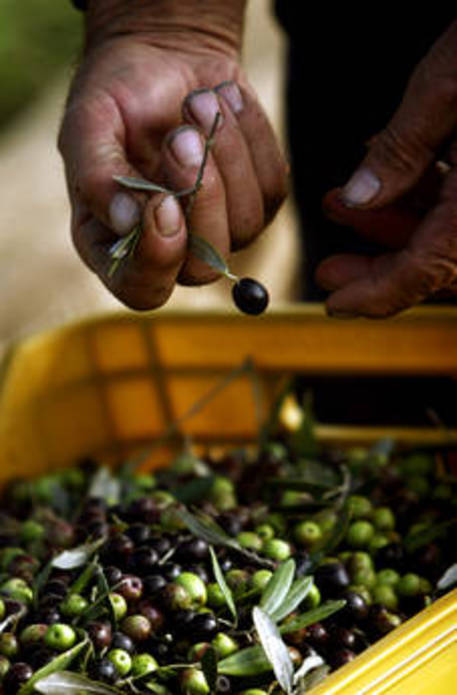 (ANSA) - Rome, June 24 - Italy retained its place as global olive oil leader in 2013 even as domestic and international sales dropped, sector association Assitol said Tuesday.
Italian producers sold 94,329 tonnes of bottled olive oil and residues on the domestic market, down 3.5% over the previous year.
Extra virgin oilve oil accounted for 73.5% of total sales in Italy, followed by olive oil with 22.5% and residues with 2.3%. International sales fell by 14.7% in 2013 over the previous year, with 117,898 tonnes of bottled oil and residues placed on foreign markets.
However, data from the period November 2013-April 2014 showed a reverse trend particularly with respect to the sale of extravirgin olive oil, Assitol said. Exports also showed signs of picking up at the start of this year, the association added. However, Assitol said the national economic system put producers at a disadvantage with respect to foreign competitors while divisions within the production chain made effective promotion of olive oil as a single product difficult. "It is not good to run alone," said Assitol President Giovanni Zucchi.
"Our competitors can count on country systems that see the oil sector in its entirety, defending it in the event of external attack and specious debate. This is a competitive disadvantage that we must try to overcome, by all taking a step towards each other," he added.