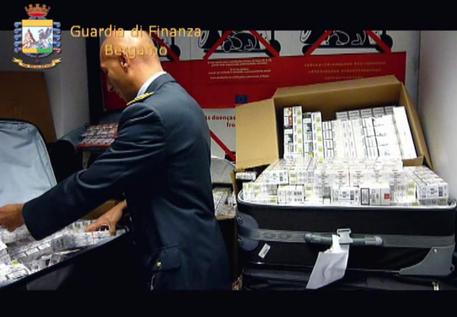 (ANSA) - Rome, June 24 - The number of contraband cigarettes sold in Italy fell by just over 50% between 2012 and 2013, according to a study commissioned by major international tobacco companies and published Tuesday. Some 3.68 billion cigarettes were sold illegally in Italy in 2013 compared to 7.29 billion the year before, the study conducted by international research institute Kpmg said. The drop was partly due to increased law enforcement activities especially in the southern city of Naples, the Italian 'capital' for contraband goods.
However "low prices" for legal tobacco products and "balanced fiscal policies" also made a difference, the study said.
In absolute terms, "illegal consumption fell by 3.8% from 8.5% to 4.7% of total cigarette consumption," according to the study. One in ten cigarettes smoked in the European Union last year came from an illegal source, the study said.