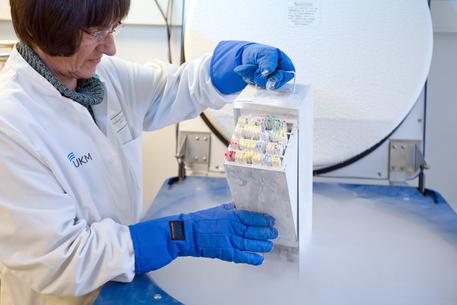 (ANSA) - Rome, June 19 - Italians could once again use extramarital donor sperm and eggs for artificial insemination as of Thursday, the day a court ruling that lifted a ban went into effect. "As of today we're administering the practice in both our private and public centers," said Filomena Gallo of the Associazione Luca Coscioni, a leading association that promotes the freedom of scientific research. In April the Constitutional Court ruled that a couple's right to have a child was inviolable even in the case of sterility, overruling a 2004 ban on donor sperm and eggs that did not come from a spouse.
The hot-button case of assisted-fertility treatment had pitted Catholics against members of the scientific community who had called for a wider review of the law which among other things banned screening of embryos for abnormalities or genetic disorders even for couples with a family history of genetic disease.
The European Court of Human Rights in Strasbourg in 2012 had already rejected the law, saying it went against two provisions in its convention for the protection of human rights.
Under the law, which was originally passed by a cross-party alliance of Catholics, single parents, same-sex couples and women beyond child-bearing age could not use assisted-fertility techniques.
According to Gallo, thousands of Italians have since submitted requests for the procedure.