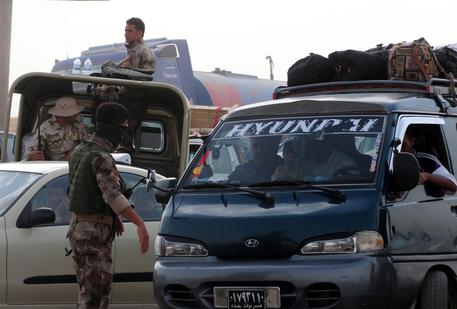 (ANSA) - New York, June 13 - Washington will not be sending American troops back into Iraq, but will consider other options, United States President Barack Obama said Friday.
He spoke as Sunni militants pushed closer towards Baghdad while Iraq's most senior Shia cleric issued a call to arms. The United Nations has reported that hundreds of people have been killed, including civilians in Mosul.
Obama said the Iraq government "is going to need more help from us, and it's going to need more help from the international community," Obama said. "I don't rule out anything, because we do have a stake in making sure that these jihadists are not getting a permanent foothold in either Iraq or Syria".
Obama added: "Fundamentally, the future of Iraq depends on Iraqis".