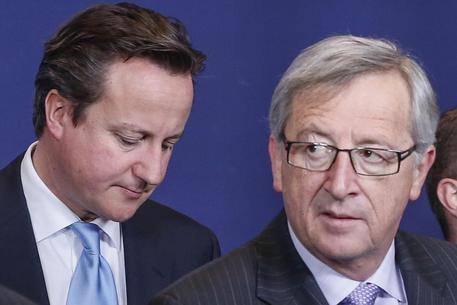 (ANSA) - Berlin, June 13 - British Prime Minister David Cameron reaffirmed his opposition to Jean-Claude Juncker as candidate for president of the European Union on Friday, saying "nobody has elected" the Luxembourg politician to the post.
"This is nothing personal against Mr. Juncker," Cameron said in a letter to a German newspaper.
"He is an experienced European politician. But this is absurd," added Cameron. "Juncker's name is on no ballot paper. Juncker did not present his candidature anywhere and nobody elected him," concluded the letter.
A spokesman for German Chancellor Angela Merkel said that Cameron's position was "not surprising" and denied the Juncker's candidacy violated EU treaties.
Merkel was committed to "Juncker obtaining the majority and being named president," said her spokesman, Steffen Seibert.