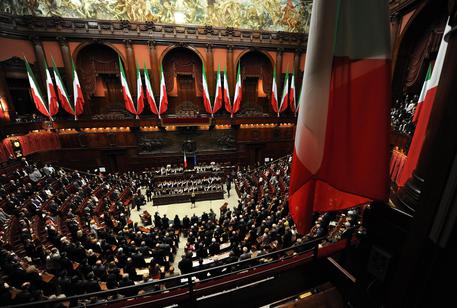 (By Christopher Livesay) (ANSA) - Rome, June 11 - The Lower House on Wednesday approved an amendment to a bill incorporating a European regulation into Italian law that, if it wins final approval, will make it possible to prosecute magistrates in civil courts for bad decisions made carrying out their duties.
Premier Matteo Renzi's centre-left Democratic Party (PD) said the controversial measure will be stripped from the bill when it goes to the Senate. Ex-premier Silvio Berlusconi, who has been at the centre of dozens of criminal cases and is currently doing a year of community service for a tax-fraud conviction, has frequently called for it be possible to sue magistrates for their decisions. The amendment was not proposed by Berlusconi's opposition centre-right Forza Italia (FI) party, but by his allies in the right-wing Northern League.
The amendment was immediately criticized by Italy's national magistrates' association (ANM), who called it "unConstitutional". "It is a serious and contradictory move that weakens the judiciary at the very moment when it is called upon to work against corruption," the group said. ANM President Rodolfo Sabelli said that the statute would harm judicial independence and "condition" judges due to its ability to "intimidate". He warned of its potential to be used as a way to "get rid of judges deemed unlikely to rule" as the plaintiff or defendant would like. Sabelli said that the unConstitutional nature of the regulation was "so clear that I don't think it will pass. But the signal it sends is worrisome: that of weakening the judiciary" at the very moment when anti-corruption measures are called for.
His comments were seen as a reference to two major corruption scandals unfolding in the country, which include an investigation into alleged bid-rigging at the 2015 World's Fair in Milan, and an even larger probe into a suspected political bribery scheme in the construction of Venice's MOSE flood barriers.
In the latter, 35 people have been arrested, including the mayor of Venice, while several former ministers have been placed under investigation, one of whom - Senator Giancarlo Galan - may also be arrested if the Senate approves lifting his parliamentary immunity. They are accused of skimming 25 million euros in taxpayer funds and channeling them through political campaigns. Italy's anti-corruption czar Raffaele Cantone echoed Sabelli's concerns on Wednesday, warning that he does not yet have enough resources or authority to properly fight the problem. Speaking to a conference at the foreign ministry, the former anti-mafia prosecutor said that the face of corruption has become more mainstream and less obviously criminal. In an indirect reference to the amendment, Italian President Giorgio Napolitano stressed later on Wednesday that judicial independence was "not merely a privilege".