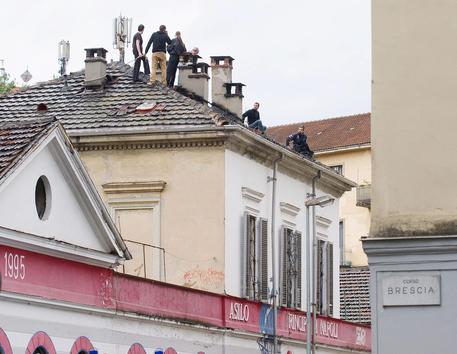 (ANSA) - Turin, June 3 - Police on Tuesday served 17 arrest warrants and 12 restriction-on-movement orders against members of a squatters' movement in the northern city of Turin for alleged involvement in a radical anti-eviction campaign.
The suspects face possible charges of damage to public property, interruption of public service, resistance to public officials, violence and land and property invasion in relation to a series of actions taken between September 2012 and January 2014 to prevent illegally occupied property from being reclaimed. The group is also accused of carrying out recent acts of vandalism against local headquarters of the Democratic Party (PD) of Premier Matteo Renzi, who has made responding to Italy's chronic housing shortage for low-income earners a priority since taking the reins of government in February 2014. Tuesday's police raid centred on a former nursery school in Via Alessandria, occupied by squatters since 1995 and which had become the centre of the radical protest movement in Turin. Three of the people arrested were already in jail on suspicion of terrorism in connection with 'No-TAV' protests against the construction of a controversial high-speed rail link from Turin to Lyon in France.