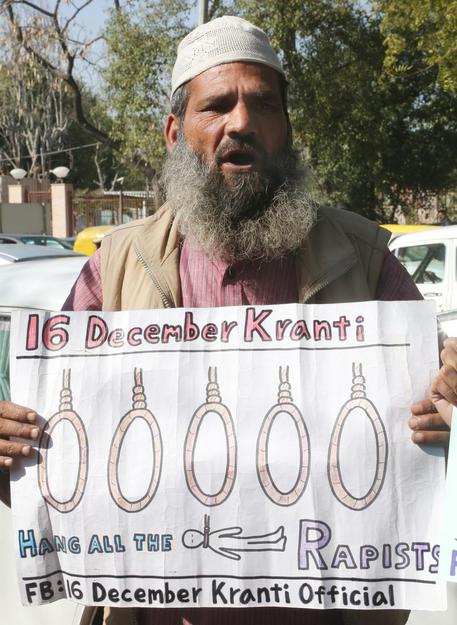 (ANSA) - New Delhi, May 30 - A wife allegedly helped her husband rape a neighbour's 14-year-old daughter for three months and only stopped when she got pregnant, the Times of India said Friday. The pair would have continued raping the girl in a village in the central state of Madhya Pradesh if she had not conceived, the daily said. India's 'rape epidemic" continues with horrific stories coming out on an almost daily basis.
On Thursday two teenage girls were found hanged in northern India after being gang raped.
Four men including a police officer were detained and three others including another policeman are wanted after the cousins, 14 and 15, were found hanging from a tree in a village in the state of Uttar Pradesh.
The girls were from the traditionally 'untouchable' Dalit community.
On Friday the girls' relatives vented their fury at police.
Sexual violence in India has been increasingly spotlighted since the 2012 gang rape and murder of a student on a Delhi bus.
The government tightened rape laws last year after widespread protests but the tide of sexual violence has not abated.