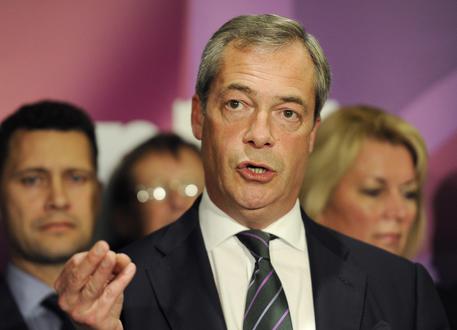 (updates previous) (ANSA) - Brussels, May 30 - Nigel Farage told ANSA Friday that his UK Independence Party (UKIP) is anti-war and for direct democracy.
"We want the British people, through its parliament and for direct democracy, to have the power to decide its future," Farage said. "We're a classic 19th century party that believes in small States created with personal liberties and a sense of responsibility," he added.
Farage also described the UKIP as an "anti-war party".
"We are a party against war anywhere. We oppose all of the imperialistic wars, whether they be in Syria, Libya or Afghanistan," he added.