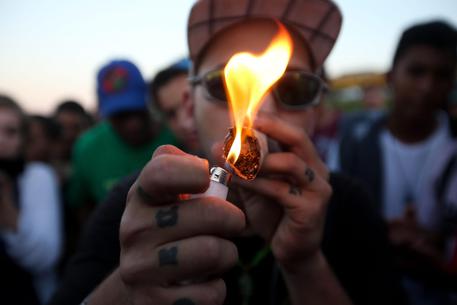 (ANSA) - Rome, May 29 - Sources at Italy's highest court on Thursday said a new decree that overhauls Italy's drugs laws paves the way for releasing "thousands of convicted smalltime drug dealers from prison". The move follows parliamentary approval of a decree earlier this month that overhauls Italy's drugs laws and reclassifies marijuana as a soft rather than a hard narcotic. The new law also effectively removes jail time as a sentence for smalltime dealers, offering community service and other options in its place.
Sources at Cassation Court Thursday said inmates seeking early release based on the law must first file a request which will then be reviewed in court. The new drug policy follows a Cassation decision in February that threw out as "illegitimate" a 2005 law that equated the possession of soft drugs to hard drugs, and was blamed as a contributing factor to severe overcrowding in Italian prisons.
Detractors of that law, which was sponsored at the time by then-right-wing MP Gianfranco Fini and centrist MP Carlo Giovanardi, argued it violated a 1993 popular referendum in which a majority of Italians voted to decriminalize drug possession for personal consumption.
The so-called Fini-Giovanardi law, which had been passed by ex-premier Silvio Berlusconi's centre-right government, had been challenged several times, namely for violating the European Union legal principle that the punishment must be proportional to the crime.