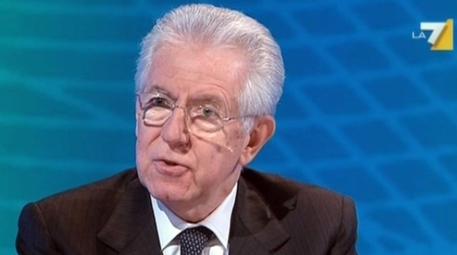 (ANSA) - Rome, May 29 - The fact that Italy's Mario Draghi is the president of the European Central Bank does not mean it is impossible for another Italian to take a top European post, former premier and European commissioner Mario Monti said Thursday. There has been speculation that former premier Enrico Letta is a possibility to be the next European Commission president, but some have said this is unlikely as it would mean Italians taking up two top positions.
Letta's name has been mentioned as European leaders may need to find a compromise figure to replace Josè Manuel Barroso.
This is because, while the European People's Party (EPP) is the biggest group in the new European Parliament after Sunday's elections, opposition is reportedly strong against the centre-right bloc's candidate Jean-Claude Juncker.
Former Luxembourg prime minister Juncker was seen by many as a champion of the austerity during his time as the head of the Eurogroup and those policies that have been rejected by many European voters, especially those who helped Euroskeptic parties come first in Britain and France.
Indeed, British Prime Minister David Cameron is reportedly leading efforts to stop Juncker getting the job.
"If Italy wanted to throw its weight around in Europe to have a post, it would be politely told that you already have a very important position with Mario Draghi," Monti told State broadcaster Rai. "It's not out of the question that an Italian can have another important position, but it would have to be in the case in which Europe were having trouble finding alternative solutions and, therefore, it were Europe that asked for it".