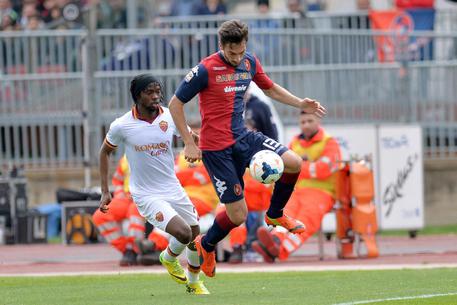 (ANSA) - Rome, May 28 - Cagliari are set to be Serie A's third foreign-controlled club after owner Massimo Cellino told ANSA Wednesday that he has agreed to sell the Sardinian outfit to an American consortium.
Cellino, who took over Cagliari in 1992, has been looking for a buyer for the club since taking over English Championship (second-tier) side Leeds United earlier this year.
"I'm really happy," Cellino told ANSA. "God bless them (the new owners). Now they'll be the ones fighting the bureaucracy".
Cellino has had a series of disputes with the local authorities over development of Cagliari's ground that caused the team to play a number of home games some 1,000 kilometres away from Sardinia in Trieste in recent years.
This season they played their home games at the dilapidated Sant' Elia ground with a capacity of below 5,000 because parts of the stadium were declared unfit for use. However, part of the reason why Cagliari have attracted overseas investors is that the club have won preliminary clearance to build a new stadium in the city, which could be turned into a good source of revenue, as shown by the examples of Juventus and many foreign sides. Cellino will receive an initial payment of 10 million euros from the American consortium, according to media reports, followed by 67 million more on approval of the project to develop the stadium.
Italian businessman Luca Silvestrone, who is representing the American consortium, said Cellino had agreed that the deal will fall through if local red tape makes obstacles to building the ground "insurmountable".
Silvestrone added that the people who are behind the consortium will be revealed shortly.
So far the only person known to be on board is American architect Dan Meis, who will design the new ground having creating the project for the stadium AS Roma are building in the Italian capital. Roma, Serie A runners-up in the campaign that has just ended, became the Italian top flight's first foreign-controlled club when a Bostonian consortium took over in 2011.
Last year Indonesian businessman Erick Thohir took over three-time European champions and 18-time Serie A title winners Inter Milan.