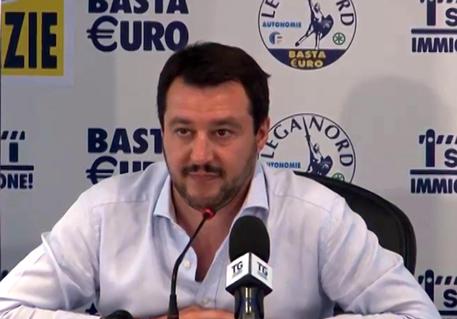 (see related) (ANSA) - Brussels, May 28 - The head of Italy's anti-immigrant party on Wednesday said the president of Rome's Jewish community was just as much a politician as he was after warning him not to sit at the table with Marine Le Pen, the head of France's far-right National Front. "Yesterday he said if I sat down with Le Pen it meant the Northern League was exiting democracy," said Matteo Salvini at a press conference with Le Pen and other right-wing Euroskeptics aiming to forge a new bloc in the European Parliament. "I've sat down without any problems. I believe the fight against Islamic extremism is also in (the Jews') interest. "(Riccardo Pacifici), just like many other people here, is a politician in addition to his other profession".