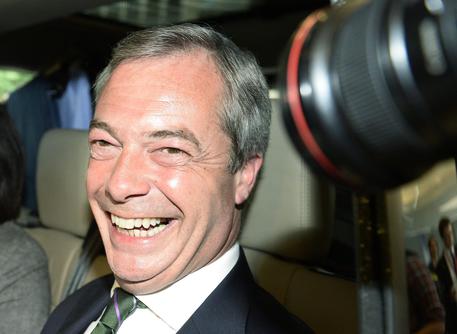 (ANSA) - Brussels, May 27 - UK Independence Party (UKIP) leader Nigel Farage said "no way" to a pact between the Euroskeptic caucus Europe of Freedom and Democracy (EFD) and France's far-right Front National led by Marine Le Pen.
Farage told media to "forget about it" in reference to any negotiations with Front National, adding "I don't care about the Left or the Right".
When asked about Italy's Beppe Grillo, of the 5-Star Movement (M5S), Farage said he that he had yet to meet the M5S leader but hinted that he was interested in a potential meeting if he "had the chance".
UKIP triumphed in Sunday's European Parliament elections with 27.5% of the vote and a European seat for each British region including Scotland.