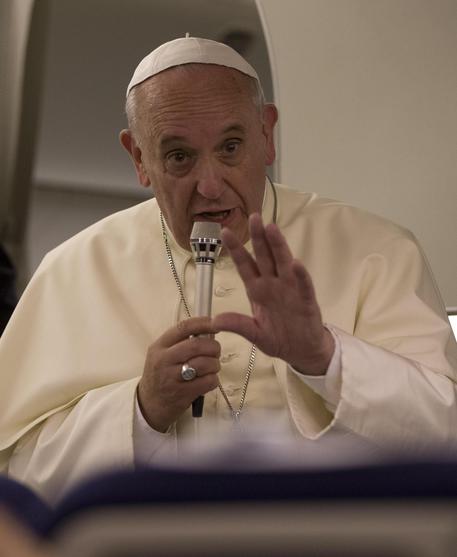 (See previous) (ANSA) - Vatican City, May 27 - The date has not yet been set for a meeting between Pope Francis and survivors of sexual abuse by clergy, a spokesman for the Vatican said Tuesday.
Father Federico Lombardi said that dates initially suggested by the pope are not possible.
During a news conference Monday, as he returned from a three-day trip to the Holy Land, Francis said he would meet with a group of abuse survivors at the Vatican, possibly in the first week of June. The victims will be invited from the United Kingdom, Ireland, and Germany and will meet with the pope at St. Martha's House, the Vatican guesthouse where the pope lives.
Francis also said three bishops were being investigated in connection with sexual abuse cases, adding that the Church "must go forward with zero tolerance" for abuse and no special treatment for perpetrators. http://popefrancisnewsapp.com/