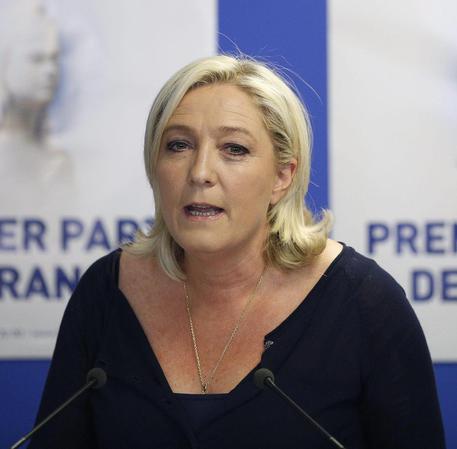 (see related) (ANSA) - Nanterre, May 25 - Marine Le Pen on Sunday urged Beppe Grillo's anti-establishment 5-Star Movement (M5S) to start cooperating with her far-right, Euroskeptic Front National (FN), which is poised to be France's top party in the European elections.
Grillo is extremely critical of the European Union and wants a referendum on whether Italy should stop having the euro as it currency.
But his Internet-based M5S has so far spurned links to other Euroskeptic parties, unlike Italy's regionalist, anti-immigrant Northern League, which has opened up a partnership with the FN.
"Join us," Le Pen said in response to a question from ANSA about what she had to say to Grillo's movement.
"Everyone who is in favour of liberty and independence and against the European Union must join us.
"The European Union must give back what it has stolen, with weakness, cowardice and betrayal by the European elite. It must give back sovereignty to the people. We have to build another Europe".