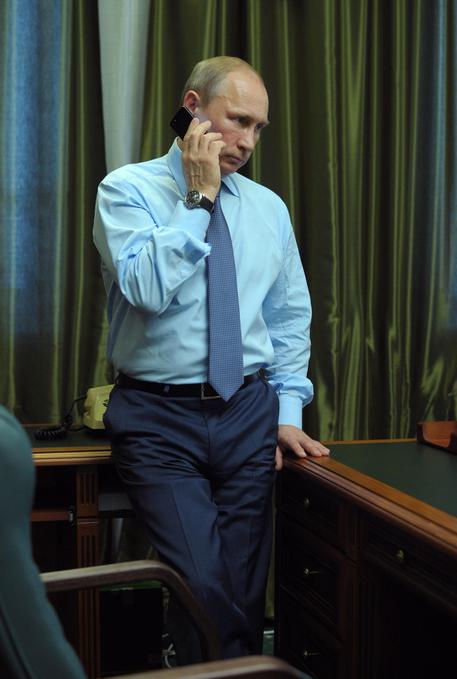 (ANSA) - St. Petersburg, May 23 - Russian President Vladimir Putin said Friday that Moscow has received no answers yet from the European Union on the question of Ukraine's energy debts.
"We have received no response from the EU on the issue of Russian gas payments on the part of Ukraine," Putin said during an economic forum in St. Petersburg. Russia claims that Ukraine owes hefty amounts to Gazprom, the Russian energy giant, for natural gas deliveries.
Meanwhile, Kiev says that Russia is now demanding Ukraine pre-pay is natural gas bills beginning in June.
That could also affect gas deliveries that move through Ukraine to other parts of Europe.
Europe imports about half of its natural gas from Russia. Both Ukraine and European Union leaders have urged Russia not to use the energy supply as a weapon.
Putin also defended Moscow's decision to annex the Crimea region of Ukraine in March, saying that action "averted tragedy" as he said the country is moving into civil war.
Separatist groups in Eastern Ukraine have been pressing Russia to annex more parts of the country, creating tensions with Kiev.
The Russian president also warned that Western sanctions against Russian figures and businesses in retaliation for the annexation of Crimea will have "a boomerang effect" that will hurt the West.
The sanctions have also "worried" foreign companies that have invested in Russia, said Putin.