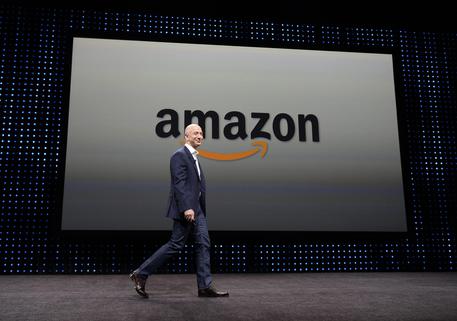 (ANSA) - Berlin, May 23 - Amazon CEO Jeff Bezos is the world's worst boss, according to the International Trade Union Confederation (ITUC).
The trade union announced Friday at its World Congress in Berlin that Bezos was the "winner" of its first poll of the World's Worst Bosses at the culmination of the annual ITUC conference.
"Corporate power is out of control, it is intimidating governments with threats of capital flight. The greed of the 1% is of more interest to our governments than the 99%. We decided we would start exposing some of the elements of the worst boss phenomena," said ITUC General Secretary Sharan Burrow. More than 20,000 voted for nine bosses who exemplified the worst behavior and abuses in workers' rights, tax avoidance, and corporate bullying and other abuses. Bezos resoundingly won.
"Jeff Bezos represents the inhumanity of employers who are promoting the American corporate model. The message to big business is back off, you are not going to mistreat workers," said Burrow.
Along with Bezos, Worst Boss contenders included Wal-Mart's C. Douglas McMillon, JP Morgan Chase CEO Jamie Dimon, Goldman Sachs CEO Loyd Blankfein, Koch Industries CEO Charles Koch, Samsung Chairman Lee Kun-Hee, and Glencore Xstrata CEO Ivan Glasenberg.