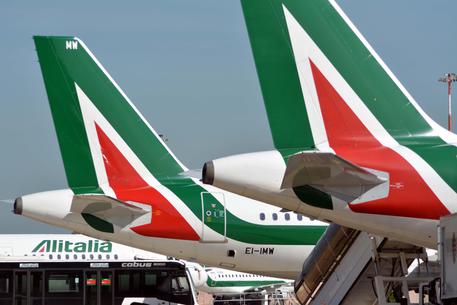 (ANSA) - Milan, May 23 - Air France-KLM is free to sell its stake in Alitalia if it is not happy with its expected link-up with Etihad, the CEO of Intesa Sanpaolo bank, the Italian carrier's biggest stakeholder, said Friday.
Air France-KLM, which used to be Alitalia's biggest shareholder but saw its stake shrink to around 7% after opting not to take part in a capital increase last year, has expressed reservations about the deal that could see Etihad investing as much as 500 million euros to take up a big chunk of the troubled airline.
"Air France can say goodbye to Alitalia if it wants to," said Carlo Messina, the CEO of Intesa Sanpaolo, which has a stake of over 20% in the airline. "We organized a financial operation aimed at involving Air France in the capital increase, but they left us in trouble, as we (the other stakeholders) had to subscribe to the whole capital increase.
"Now they can go. If they go, they go. I tried in every way to bring them in". Etihad's conditions to invest in Alitalia, including demands for cuts in the Italian airline's workforce and its debt, have reportedly held up completion of the deal.
Air France-KLM recently said that it thought Etihad's demands looked stricter than what the French-Dutch carrier had requested last fall in exchange for an increased investment.
Another senior Intesa Sanpaolo executive, Chairman of the Management Board Gian Maria Gros-Pietro, denied reports Friday that Etihad had responded to a proposal for a letter of intent from Alitalia for an agreement.