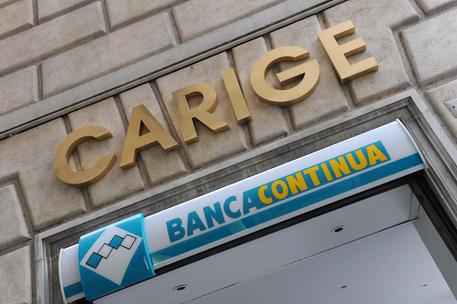 (ANSA) - Rome, May 22 - Three former executives of troubled Italian bank Carige, including former chairman Giovanni Berneschi, were put under house arrest on Thursday on suspicion of involvement in a massive fraud scam, ANSA sources said.
The former CEO of the Carige Vita Nuova subsidiary, Fernando Menconi, was also put under house arrest along with Berneschi, the vice-president of Italian banking association ABI, who stepped down from Carige last year.
Police said they believe the scam involved the acquisitions at inflated prices of companies headed by accomplices which made it possible for 21 million euros to be taken out of Italy into Switzerland between 2006 and 2009.
They suspect that part of this money was used to buy properties in Switzerland in the name of senior figures at mid-sized lender Carige. Finance police on Thursday acted on arrest warrants issued against a total of seven people in relation to the probe, the sources said.
Police were also conducting searches in the cities of Genoa, Milan and La Spezia on Thursday and proceeding with an order to seize around 22 million euros in assets as part of the investigation. The people under investigation are suspected of offences including criminal association, aggravated fraud, money laundering and fake registration of assets. On Wednesday the banking foundation that controls the Genoa-based bank Carige sold an 11% stake in the Italian bank, well below the 15% it had planned, at a deep discount on Wednesday, sending shares in the mid-sized lender down by almost 14%.
The banking foundation made the move ahead of 800-million-euro next month aimed to beef up its weak capital base ahead of European Central Bank stress tests.