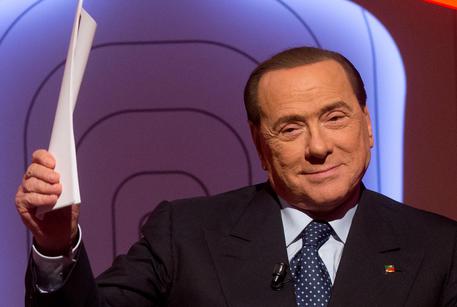 (ANSA) - Rome, May 22 - Silvio Berlusconi said Thursday that he feared a victory by Beppe Grillo's anti-establishment 5-Star Movement (M5S) in Sunday's European elections could trigger early general elections in Italy. "I think we should look at the hypothesis of early elections very carefully," the three-time premier and leader of the opposition Forza Italia (FI) party told La7 television.
"The parliamentary term won't last (until its full term) in 2018. We'll have new elections within 18 months at most unless something traumatic happens like Grillo winning the European elections," he said. "May God protect us from that".
Premier Matteo Renzi, in contrast, has said his coalition government will not collapse even if his centre-left Democratic Party finishes second to the M5S in Sunday's vote. The PD had a big lead in polls, before a pre-election ban on their publication kicked in two weeks ago.
But Grillo is confident his M5S, who are second in the surveys after capturing a stunning 25% of the vote in last year's general election, can come first with a late surge.
Berlusconi called for general elections in November after he pulled his support from the left-right coalition government of Renzi's predecessor and PD colleague Enrico Letta, shortly before the media magnate was ejected from parliament following a definitive tax-fraud conviction.
But he has apparently had a change of heart given the popularity of the M5S, whose stated aim is to destroy the current party system it blames for corruption and economic decline.
Berlusconi, who has compared Grillo to Adolf Hitler, may also be reluctant to see Italy return to the ballot box given FI's showing in recent polls, where it was in third place with under 20% of voter support.