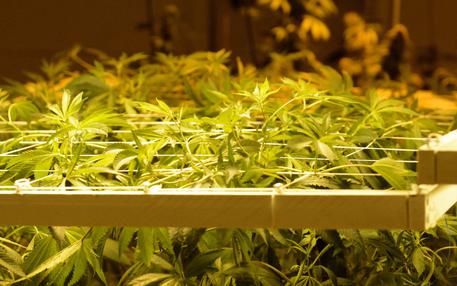 (ANSA) - Rome, May 21 - Rome Mayor Ignazio Marino on Wednesday told a drug-policy conference that he supported the legalization of marijuana in Italy.
"I am in favour of the possibility of deregulating cannabis for medical or personal use," Marino said at the Eighth Annual Conference of the International Society for the Study of Drug Policy.
Earlier this month parliament approved a law that overhauls Italy's drugs laws and reclassifies marijuana as a soft rather than a hard narcotic, with lighter penalties for offenders. "In 2011, more than one million plants were confiscated in our country compared to 73,000 in France," Marino continued.
"Organized crime still manages large portions of international traffic and there are enough reasons to reopen the debate today in Italy. "We live in a time in which reform for drug laws is necessary on an international and national level. "For Italy I personally have a very clear idea of what needs to be done: the decriminalization of marijuana should be considered a starting point because the years of prohibition have not brought any results to prevent the dramatic increase in the use of drugs. "In addition, new forms of legalization could be experimented with in medicine for people's health but also to target organized crime".