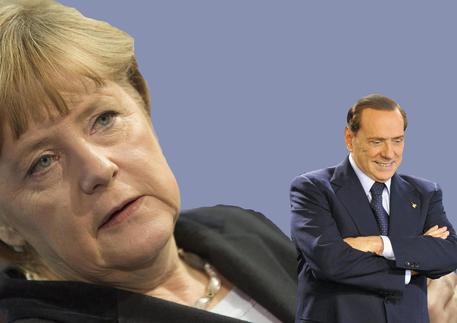 (ANSA) - Rome, May 21 - Former Italian premier Silvio Berlusconi denied calling German Chancellor Angela Merkel an "unf**kable lard-arse" in an interview aired late Tuesday with the BBC. "In 20 years of politics, I have never insulted anyone," Berlusconi said after being put on the spot about the alleged insult by Newsnight presenter Jeremy Paxman. "No, I have never had problems with Angela Merkel.... this accusation was made up by someone who wanted to turn Angela against me".
Berlusconi allegedly made the comment in a telephone conversation with a newspaper editor that was secretly recorded three years ago as part of an investigation linked to his "bunga bunga" sex parties.