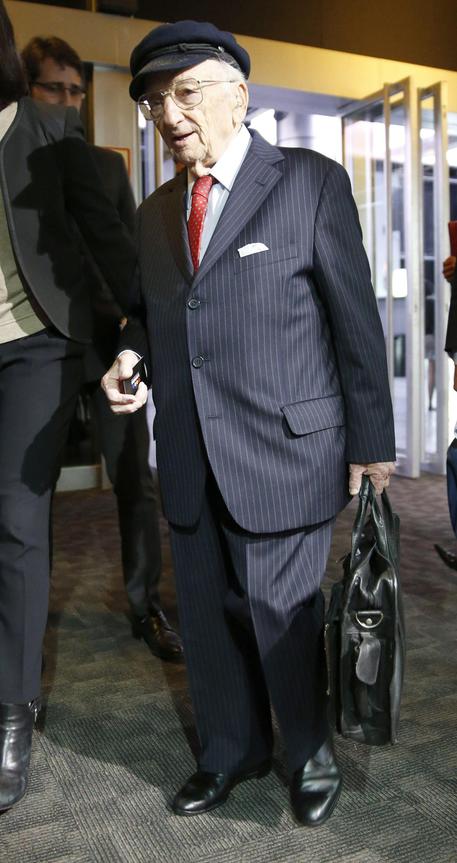 (ANSA) - Madrid, May 20 - The only surviving prosecutor from the post-WWII Nuremberg trials on Tuesday defended the concept of universal jurisdiction used to investigate human-rights abuses around the world.
"Whether laws are written or not, there are crimes that cannot be tolerated because they threaten all people, wherever they might be," said Benjamin B. Ferencz, 94, in defence of the universality principle by which the international military tribunal established by the Allied forces after the Second World War could try the most prominent military, political and economic leaders from the Nazi era. Universal jurisdiction must be protected against "political and economic interests that claim to be above people," the Hungarian-born American former prosecutor said.
Ferencz was speaking at the opening of the first international conference on the subject, underway in Madrid, following approval by the conservative majority People's Party (PP) of Mariano Rajoy of a controversial reform limiting cross-border justice in Spain by making it more difficult for prosecutors to investigate crimes committed outside the country's borders.