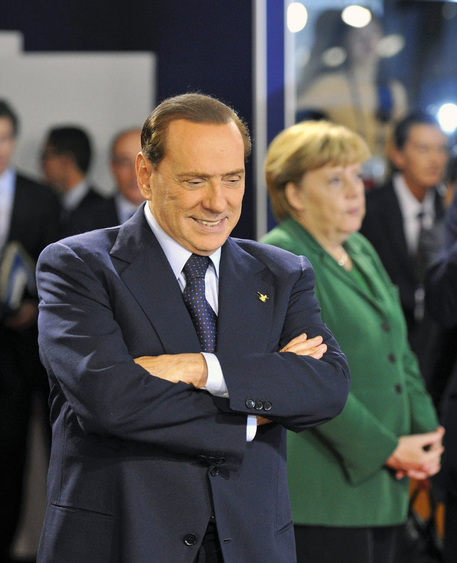 (ANSA) - Rome, May 20 - Ex-premier Silvio Berlusconi has been put on the spot regarding derogatory comments he allegedly made about German Chancellor Angela Merkel. In an interview to air Tuesday, Jeremy Paxman for the BBC's Newsnight asked the Italian media magnate if it is true he "called Angela Merkel an 'unf**kable lard-arse'". A promotional clip shows the three-time premier gesticulating and shrugging his shoulders, but stops short of his full response. Berlusconi allegedly made the comment in a telephone conversation with a newspaper editor that was secretly recorded three years ago as part of an investigation linked to his "bunga bunga" sex parties.