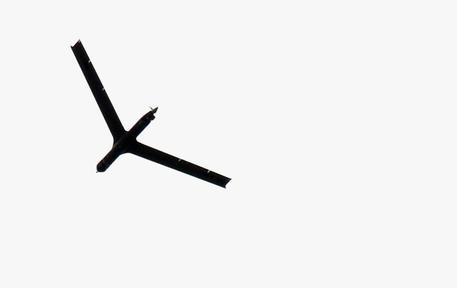 (ANSA) - Rome, May 19 - A consortium of major European aerospace companies - Alenia Aermacchi, Airbus Defence and Space, Dassault Aviation - on Monday said they had made a formal proposal for developing a European unmanned aircraft system to the defence ministers of Italy, France and Germany. The proposal comes after the companies' joint call for the development of a European drone at last year's Paris Airshow, and after several European nations had announced a need for unmanned aerial systems, a joint statement by the three companies said.
The statement added that the EU Defence Summit in December 2013 alluded to an urgent need. "The offer proposes a Definition Phase which has been prepared by joint development teams" of the companies, the statement continued, and is "backed by an industrial agreement on workshare and a cooperative agreement".
"Now is the time to drive technology forward and secure Europe's capability in building the next generation of military air systems as well as maintain talent and expertise in our industry," said Giuseppe Giordo, chief executive of Alenia Aermacchi, a subsidiary of the Italian State-controlled defence and transport conglomerate Finmeccanica. Airbus Defence and Space, a division of the multinational EADS Group, is Europe's largest defence and space company. Dassault Aviation is based in France.