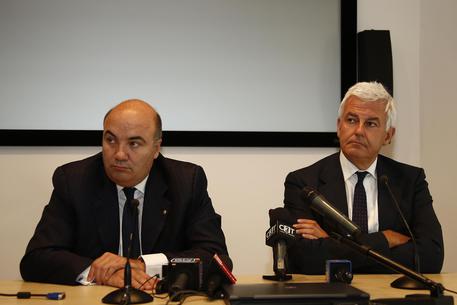 (ANSA) - Milan, May 14 - The Bank of Italy has authorized Monte dei Paschi di Siena (MPS) bank to redeem financial instruments for a nominal value of 3 billion euros, MPS said in a note Wednesday.
MPS said additional and implicit authorizations raise the total to 3.46 billion euros worth of financial instruments. However, the green light is subject to the completion of a 5 billion euro capital increase due for a vote at an extraordinary shareholders’ meeting May 20-22.
MPS announced Monday it had lost 174.1 million euros in the first quarter of this year, a significant increase compared with the loss of 101 million euros during the same period last year.
Italy's third-largest bank by assets was thrown into crisis in January 2013 when it emerged that a shady series of derivative and structured-finance deals had produced losses of 720 million euros.
Since then, MPS has come under the spotlight on several occasions in relation to investigations for suspected insider trading and fraud.
At the same time, the bank is moving to repay part of a 4.1-billion euros aid package from the Italian government as part of a larger plan to turn itself around.
Analysts have said the bank may risk nationalization if it fails to generate enough capital to repay the state bailout.
However, Chief Executive Officer Fabrizio Viola recently denied this possibility as the bank's board has approved a five-billion-euro capital increase to help pay back the government loan and regain profitability.