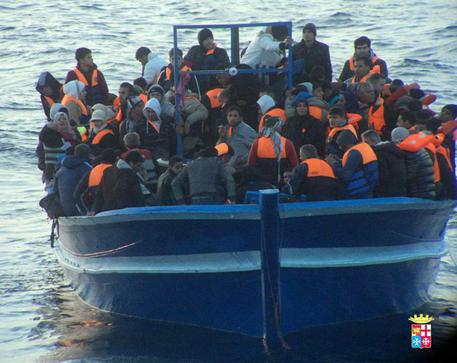 Rome - Italian Police Chief Alessandro Pansa warned Thursday that the waves of migrant arrivals to Italy were increasing the threat of terrorist groups setting up bases. "Militants and potential militants of terrorist organisations can arrive in Europe along with the desperate people searching for bread," said Pansa. "These organisations are involved in the trafficking of migrants". Italy southern shores are often the first port of call for scores of thousands of refugees and migrants who attempt the hazardous crossing from North Africa, often on unseaworthy boats, each year.
Over 20,000 migrants have arrived in Italy so far this year. According to figures released by Defence Minister Roberta Pinotti Wednesday, almost 30,000 migrants have been rescued since the start of the Mare Nostrum (Our Sea) operation, which was launched last autumn after around 400 people died in two separate migrant-boat disasters.
The government has come under fire from some opposition parties for encouraging more migrants to attempt the crossing.