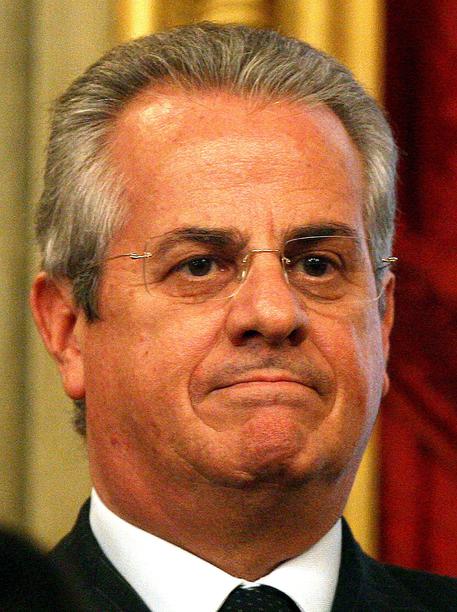 Rome - Former minister Claudio Scajola is under investigation for alleged criminal conspiracy and mafia association, prosecutors in the southern city of Reggio Calabria said Thursday.
Scajola, a 66-year-old member of ex-premier Silvio Berlusconi's centre-right Forza Italia (FI) party and former industry and interior minister under separate Berlusconi governments, was arrested early Thursday on suspicions that he helped former MP and businessman Amedeo Matacena flee Italian justice after a definitive five-year conviction for mafia links.
Investigators claim he tried to help Matacena, who is said to be close to the Rosmini clan of Calabria's notorious 'Ndrangheta crime syndicate, reach the Libanese capital Beirut from Dubai, where he is currently on the run. Now prosecutors claim Scajola and the seven other people against whom arrest warrants were served Thursday in connection with the case - including Matacena, his wife and his mother - were "the terminus of a complex and largely secret criminal system that also operated on foreign territory".
"Together with other subjects whose role is in the process of being established, they belong to a secret criminal organisation linked by mutual relationship to the 'Ndrangheta in order to extend the operating potential of the mafia association nationally and internationally," a search warrant read. They are all being probed for alleged criminal conspiracy and mafia association, prosecutors said.
Thursday's was not Scajola's first encounter with the judicial authorities. In January a judge acquitted him and his co-defendant, businessman Diego Anemone, on charges related to a shady real-estate deal involving an expensive home with a view on Rome's iconic Colosseum.
The judge cleared Scajola, saying his assertion that Anemone had paid for most of the flat for him without his knowledge was credible. Prosecutors, who had demanded Scajola be given a three-year prison term, are appealing against the acquittal.
Scajola was forced to resign as industry minister in Berlusoni's third government in 2010 as a result of the scandal.
He was also forced to resign as interior minister in July 2002 after sparking controversy by making derogatory remarks about slain labor ministry aide Marco Biagi.
Biagi was gunned down the previous March by the Red Brigades after being denied a police escort by Scajola.
In off-the-cuff remarks, Scajola said Biagi had been a "pain in the a**" and that had Biagi been given an escort "three people would have been killed instead of one".
Scajola also served as government-program minister under Berlusconi from 2003 to 2005.
Berlusconi said Thursday that he was "pained" by the arrest.