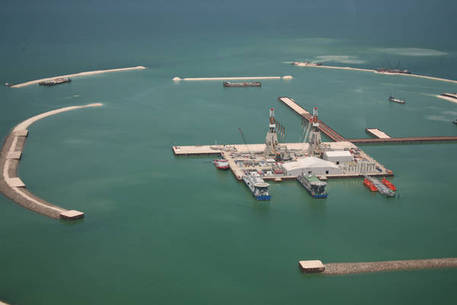 Rome - The main problem facing Italian oil giant ENI SpA is the Kashagan oil field in the Caspian Sea, said outgoing chief executive of the Italian oil giant ENI, Paolo Scaroni, at his last shareholder assembly on Thursday, in which the baton was formally passed to his successor, Claudio Descalzi.
"When I arrived in 2005, the outgoing (CEO) Vittorio Mincato gave me a piece of paper on which was written 'problem no. 1, Kashagan'. If I should do the same thing for Descalzi, I would also write Kashagan," said Scaroni, making reference to the world's largest - and deeply problematic - oil discovery in the last 30 years, which has been beset by years of delays, billions of dollars in budget overruns, and most recently by news that roughly 80 km of gas and oil pipelines must be replaced due to leaks.
ENI has already sunk 8.2 billion of the roughly 50 billion USD invested by consortium partners in the project over the last 17 years.
Thursday's shareholder assembly confirmed the promotion of Descalzi - until now ENI's chief of access and exploration operations - after ENI's largest shareholder, the Italian government, selected him late last month as Scaroni's third mandate was coming to a close.
Scaroni held the CEO post for the longest period in ENI's history save that of its legendary founder, Enrico Mattei, whose life was cut short by a plane crash in 1962.
The assembly also confirmed the government pick for a new chairman of the board, steel heiress and ex-leader of Italian industrialists Emma Marcegaglia, who replaces Giuseppe Recchi.
Scaroni and Recchi told the assembly in a letter that they are handing over a strengthened company whose debts have been halved in the last three years.
"We deliver to our shareholders a company that is increasingly focused on the upstream, with excellent prospects for profitability and cash generation," the letter said.