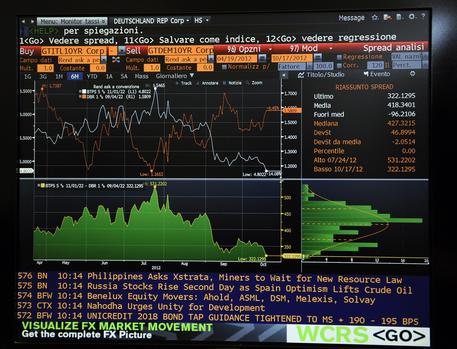 (ANSA) - Rome, May 2 - Lower interest rates helped to reduce the Italian government's borrowing costs in the first quarter of this year compared with Q1 in 2013, the economy ministry announced Friday.
During the first quarter of this year, borrowing amounted to approximately 41.8 billion euros, about 6.2 billion euros less than the amount in the same period of 2013.
The ministry said that State borrowing also fell during the month of April, when estimates show that about 10.1 billion was borrowed during the month, down from the 11.33 billion euros in the same month last year.
Overall public accounts were improved by lower interest rates paid out by the government as well as a small increase in value-added taxes paid.