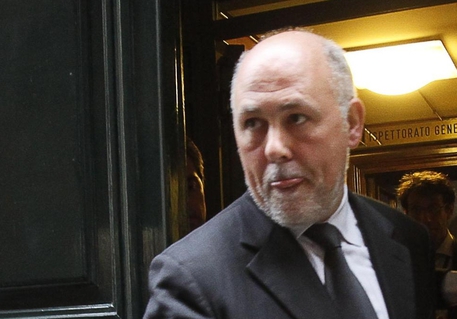 (ANSA) - Rome, May 2 - The former treasurer of a defunct Italian political party was found guilty of embezzling more than 25 million euros in public election funds and sentenced to eight years in prison on Friday. Luigi Lusi, a former Senator in the center-left Daisy Party, has been under house arrest since last May after his release from prison.
The now-defunct party was among a number of Italian parties hit by funding scandals in recent years, increasing public disaffection with politics. Judges also found three of his accomplices guilty.
Accountant Mario Montecchia was sentenced to three years and six months in prison, while Montecchia's former colleagues Giovanni Sebastio received two years and eight months, and Diana Ferri received one year and two months. Lusi was acquitted of the charge of criminal conspiracy, but a charge of slandering his ex-boss, Francesco Rutelli, former leader of the Daisy party 2002-2007, was upheld. He is expected to appeal the Rome lower-court ruling.