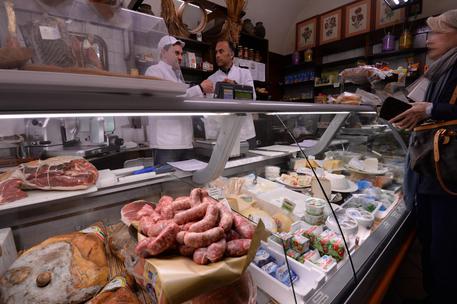 (ANSA) - Rome, May 2 - Italy's longest recession since World War II has left a legacy of poverty, money crimes, and a more educated - yet less employed - workforce, the research centre of the business trade association CNA revealed Friday.
From 2007 to 2013, the ranks of the impoverished in Italy have risen by three million to 18 million people, and from 6.8% to 14.5% of the population, according to the National Confederation of Crafts and Small and Medium Companies (CNA).
The figure counts those with salaries below 60% of Italy's average per capita income - people forced to live with other family members, who can not handle unexpected expenditures, have difficulty paying utilities and cannot allow themselves a square meal at least once every two days. Italy's poor represent 14.8% of Europe's total, CNA found.
On the continent, only Greece and seven ex-Soviet countries show higher rates of destitution.
Property crimes in Italy are up 32.5% since 2007, while online and offline fraud have risen 21.8%, CNA said.
Trademark infringement and counterfeit industrial goods have more than quadrupled.
Meanwhile, Italians are seeking more education without reaping previous benefits in greater employment rates and salaries.
From 2007 to 2013, people garnering university degrees increased by 23.9% and high school diplomas by 11.9%. As of 2013, 47.4% of the Italian population held either a diploma or a university degree.
However, the high school diploma, which once guaranteed a place in the workforce nearly on par with a university degree, has now slipped to employment levels seen by middle-school graduates.