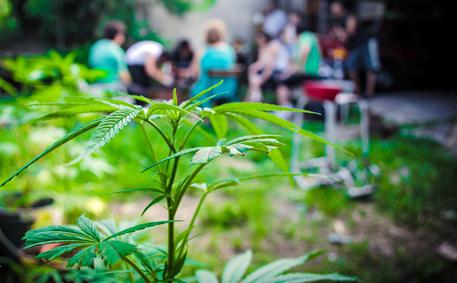 (ANSA) - Rome, April 30 - The Lower House on Wednesday approved a government decree that reclassifies marijuana as a soft rather than a hard drug.
The decree passed with 280 in favor, 146 opposed, and two abstentions, and now passes to the Senate.
Voting in favor was the ruling center-left Democratic Party (PD) of Premier Matteo Renzi.
But Renzi's coalition partners in the New Center Right (NCD) have vowed to push for amendments in the Senate. Led by Interior Minister Angelino Alfano, the NCD believes that harsh penalties should still be applied to synthetic marijuana, which it deems more harmful. "We need to send a strong message to the country, which is that doing drugs is not normal, and we need to defeat the culture that says it is, which is causing huge damage to both young people and adults," said Health Minister Beatrice Lorenzin of the NCD. The new law also effectively removes jail time as a sentence for small-time dealers, offering community service and other options in its place.
Penalties for personal use are also expected to be eliminated under the provision.
The measure follows a supreme Court of Cassation decision in February that threw out as "illegitimate" a 2005 law that equated the possession of soft drugs to heavy drugs, and was blamed as a contributing factor to severe overcrowding in Italian prisons.
Detractors of that law, which was sponsored at the time by then-right-wing MP Gianfranco Fini and centrist MP Carlo Giovanardi, argued it violated a 1993 popular referendum in which a majority of Italians voted to decriminalize drug possession for personal consumption.
The so-called Fini-Giovanardi law, which had been passed by ex-premier Silvio Berlusconi's centre-right government, had been challenged several times, namely for violating the European Union legal principle that the punishment must be proportional to the crime.