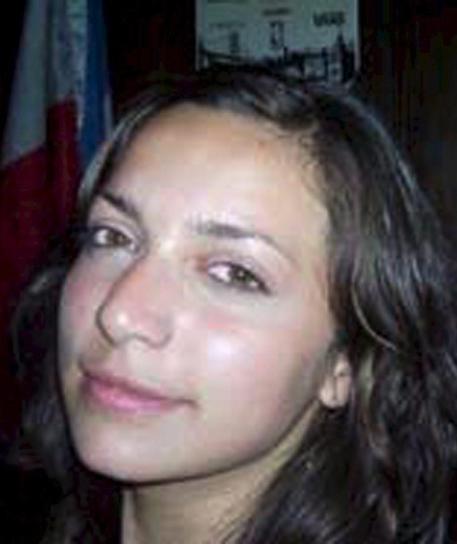 (ANSA) - Florence, April 29 - A Florence court said Tuesday that the 2007 murder of British exchange student Meredith Kercher was sparked by an argument with her American flatmate Amanda Knox, possibly over the cleanliness of their apartment, and not by a drug-fueled sex game gone awry.
In their written explanation of their January 30 decision to find Knox and her Italian ex-boyfriend Raffaele Sollecito guilty of murder, the judges pointed to "reliable" evidence placing both defendants in the Perugia flat where Kercher was killed in "the immediate moments after the murder". Knox got 28 and a half years and Sollecito 25 years at the retrial, which they are now appealing to Italy's supreme Court of Cassation. Judges said Kercher was raped and stabbed to death as a result of a "mounting quarrel" with Knox, ruling out the initial prosecution theory that Kercher was killed after a drug-fuelled sex game gone wrong that also involved Sollecito and Ivory Coast national Rudy Guede. Guede's DNA was found inside and all over Kercher's body as well as in her bedroom, where she was found naked with her throat cut. He was caught while fleeing the country soon after the killing. He agreed to a fast-track trial and is serving 16 years in prison. In Tuesday's written explanation, the Florence court also said Sollecito's DNA was on the clasp of the bra Kercher wore on the night she was murdered, which placed him at the scene of the crime.
The court also said that Kercher was killed by neck wounds from two knives, one wielded by Knox and the other by Sollecito.
"The homicidal intent of the aggressors is clear. Once the assault became sexual, and in the face of the victim's resistance, the attackers decided to end Meredith's life in order to silence her and thereby escape punishment," the judges wrote.
Sollecito's defense team claimed the Italian man's DNA was found on Kercher's severed bra clasp because of crime-scene contamination. The pair were found guilty in 2009 and acquitted in 2011 after defense experts proved DNA evidence presented at the original trial was unsound. Specifically, they argued that reported traces of Knox's DNA on the handle of a kitchen knife found in Sollecito's flat, and of Kercher's on the tip, did not actually exist and blamed crime-scene contamination for Sollecito's DNA on Kercher's severed bra clasp.
That bra clasp was recovered from the floor of Kercher's room six weeks after the murder, after many people had walked through the unsecured crime scene.
Court-appointed forensic experts who looked into the handling of the investigation produced a damning report, counting some 50 errors made by Italian crime-scene investigators as they examined the murder scene.
These included simple breaches of protocol such as gathering evidence using dirty gloves, not covering hair and not changing shoe covers as well as putting items in plastic bags instead of paper ones.
Their report was vital to the acquittal of Knox and Sollecito.
But the supreme Court of Cassation last year quashed the acquittals over aspects of the DNA evidence it argued had not been properly examined and ordered a repetition of the appeals-level trial.
Sollecito and Knox have both already served a total of four years in prison, including pre-trial custody, after their initial conviction in 2009.
Knox is now in America while judges prepare an extradition request that is unlikely to be granted. Sollecito is in Italy ahead of the high-court re-appeal, expected later this year.