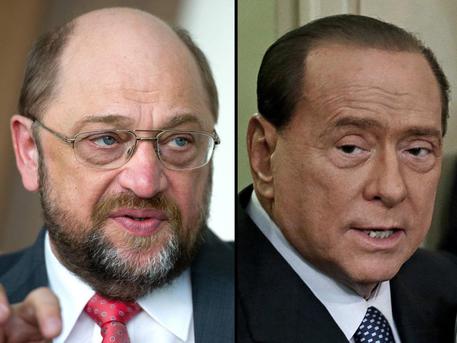 (ANSA) - Rome, April 28 - European Parliament Speaker Martin Schulz has been living in Silvio Berlusconi's "reflected glory" since their first tussle in the EP in 2003 and his European Socialist Party is making "the usual electoral propaganda" out of Berlusconi's controversial claim Saturday that Germans deny the existence of death camps, the three-time premier and media magnate said Monday. On his debut at the helm of the EU's rotating presidency 11 years ago Berlusconi offered Schulz a part in a film as a concentration-camp trusty, sparking outrage.