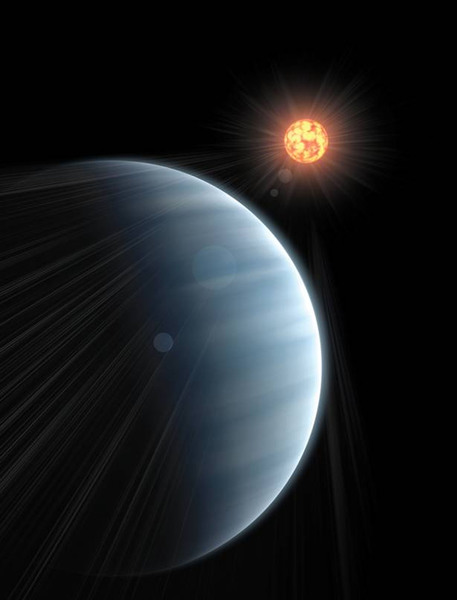 (updates previous) (ANSA) - Rome, April 23 - For the first time, a pair of Italian researchers have taken accurate measurements of the Ligeia Sea on the surface of Titan, which is the largest of Saturn's 63 moons. Marco Mastrogiuseppe and Valerio Poggiali, from Rome's La Sapienza University, are working with Cornell University and NASA's Jet Propulsion Laboratory (JPL) to map all the seabeds on Titan, whose surface is shaped by rivers and lakes of liquid ethane and methane (the main component of natural gas).
They work with data gathered by NASA's Cassini spacecraft and its European-built Huygens probe, which arrived in the Saturn system in 2004.
"For the first time, we were able to directly measure the depth of an alien sea", Mastrogiuseppe told ANSA. "Ligeia is about the size of Italy's Adriatic Sea, it's about 200 meters deep, and contains 5,000 billion tons of hydrocarbons, mostly methane".
Titan is one of the most Earth-like worlds discovered to date, according to NASA.
With its thick atmosphere and organic-rich chemistry, it resembles a frozen version of Earth from several billion years ago.
Titan is of great interest to scientists because it has a substantial, active atmosphere and complex, Earth-like processes shaping its surface.
Mastrogiuseppe and Poggiali are now at work on mapping the biggest of Titan's bodies of water, the Kraken Sea, which the Cassini probe discovered in 2007.
The Cassini-Huygens mission is a cooperative project of NASA, the European Space Agency and the Italian Space Agency.