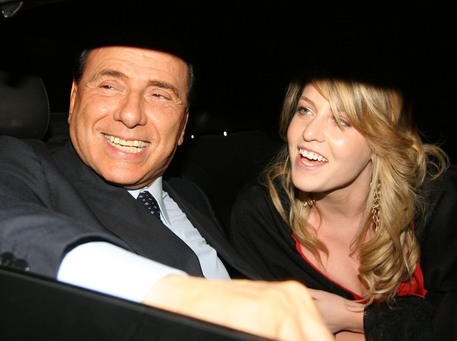 (ANSA) - Rome, April 22 - The daughter of three-time premier Silvio Berlusconi says her father's legal travails are on par with the Inquisition. "All that's happened to my father in all these years is anomalous, from the Inquisition," said Barbara Berlusconi in an interview with the Spanish edition of Vanity Fair published Tuesday. "From the legal point of view, we've gone back to the Middle Ages, when you didn't judge a person for breaking the law but for how he behaved at home". Barbara, 29, a CEO of his AC Milan soccer club, has long defended her father with other family members against what they claim to be a witch-hunt orchestrated by allegedly leftist judges over the course of his 20-year career at the head of Italian center-right politics. Most recently, A Milan court last week ruled the media magnate could serve the remainder of his four-year sentence for a 370-million-euro tax fraud by doing a half-hour a week of community service at a senior center, as long as he desists from insulting the judiciary.
In addition, the 77-year-old is appealing convictions for paying for sex with an underage prostitute and abuse of office, which carried a lifetime ban from office; and has been indicted for allegedly bribing a Senator to change political sides.