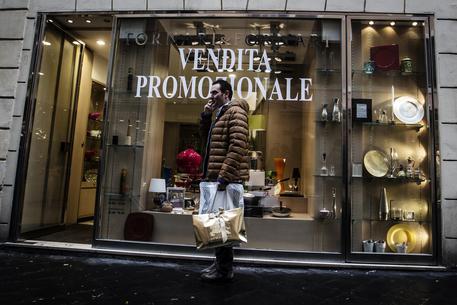 (ANSA) - Rome, April 18 - Unions representing people who work in retail stores on Friday announced a series of strikes against the opening of shops on several upcoming national holidays. Workers said shops should not open on Easter Sunday, Easter Monday, April 25, which is Italian WWII Liberation Day, and May 1, which is Labor Day.
"After two years of deregulated opening hours, we have seen that liberalization has failed to create jobs or increase sales.
On the contrary working conditions have deteriorated, impacting on the lives of workers," the unions said in a note. Family consumption dropped 7.3% between 2007 and the third quarter of 2013, with non-food sales dropping by 4.6% and food sales down 2% in the same period. This led to the loss of 134,000 jobs (-4%), the unions said.
"Ongoing deregulation has led to a situation where commercial interests prevail over the rights of workers, who are being exposed to progressively more exhausting work schedules," said Fisascat retail workers union leader Pierangelo Raineri.