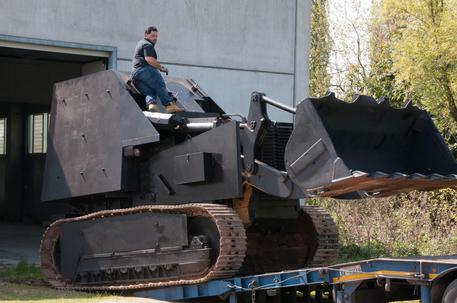 (ANSA) - Milan, April 18 - Judges in northern Italy on Friday ordered the release of seven separatists from the Veneto region around Venice, while releasing five others to house arrest. Among those freed entirely were former MP Franco Rocchetta, the founder of the Liga Veneta (Veneto League) separatist party, and Lucio Chiavegato, a leader in the anti-government Forconi (pitchfork) movement. "It's good news from Brescia, but it's still shameful that they had to spend any time in jail just for their ideas," said Matteo Salvini, the head of the regionalist Northern League, which is not directly affiliated with the separatists but has rallied behind their cause. Those released were among a total of 24 Veneto separatists arrested at the start of the month for allegedly plotting a violent insurrection against the Italian State. At the time Police seized a bulldozer they said had unsuccessfully been customized into a sort of armored tank, complete with a cannon intended to grab attention at a protest in Venice's St Mark's Square.
The economic crisis has increased support for independence in the northeastern region, where many allege the central government is bleeding local businesses dry with high taxation.
Last month, separatists organized an unofficial referendum in which an overwhelming majority of participants voted in favour of leaving Italy.