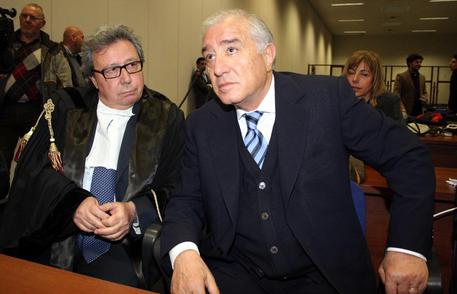 (ANSA) - Palermo, April 16 - Extraditing Ex-Senator Marcello Dell'Utri from Lebanon may be slowed because a court in Beirut is requesting Italian legal documents to be translated into Arabic, sources told ANSA Wednesday. The former aide to three-time premier Silvio Berlusconi is appealing a seven-year prison term for Mafia ties to the Italian supreme court. He was arrested in Beirut over the weekend for allegedly fleeing Italy, which he denies, arguing he was in Lebanon for medical treatment. His lawyer said Wednesday he had been admitted to hospital there. Prosecutors now have a month to present documentation for his extradition. Legal analysts point out that the charges against him may not be recognized by the Lebanese judicial system, which could thwart extradition.