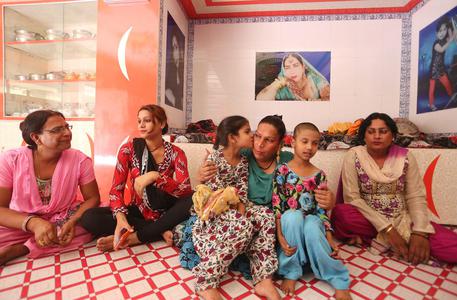 (ANSA) - Rome, April 15 - India's Supreme Court recognised transgender people as a third gender in a legal landmark Tuesday. The court granted a raft of basic rights to those who identify themselves as neither male nor female "It is the right of every human being to choose their gender," it said.
The court ordered the government to provide transgender people with quotas in jobs and education like those for other minorities.
Special amenities should also be laid on, it said.
India is estimated to have some two million transgender people.
'Hijra' is a common term used to describe transgender people, transsexuals, cross-dressers, eunuchs and transvestites.