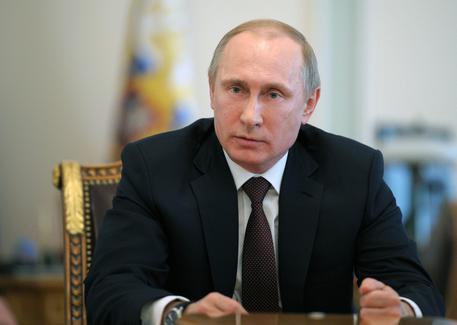 (ANSA) - Moscow, April 14 - Russian President Vladimir Putin has decided to nearly triple his salary after news based on his income declaration revealed that he earned less than the Russian premier, other ministers and high officials, taking only 3.7 million rubles per year, the equivalent of 74,000 euros, officials said Monday.
Putin will see his salary raised by a factor of 2.65 to bring his pay in line with other personnel and officials who, over the last two administrations, received pay hikes that passed over both the head of state and the premier, said government spokesman Dmitri Peskov.
Peskov himself earned 9.2 million rubles, equal to about 185,000 euros, in comparison. Premier Dmitri Medvedev earned 4.3 million rubles, or roughly 85,000 euros.