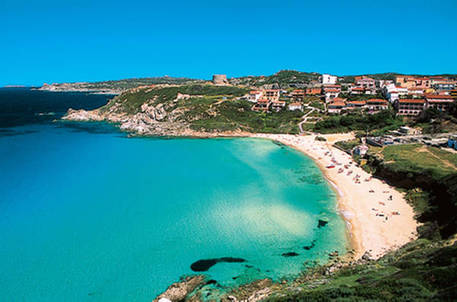 (ANSA) - Venice, April 11 - One of Italy's historic castles, a convent, and a Venetian island are among the "jewels" which are being offered for sale by the national government to encourage development and raise some much-needed cash.
The State Demanio, or property agency, has said that hundreds of properties with a combined value of tens of millions of euros will be listed in a series of sales beginning Friday and likely to close on May 6.
Already, negotiations are underway for the purchase of the entire village of Cittadella di Alessandria, set near an ancient fortress in the northwestern region of Piedmont.
"It's a detailed sales plan, and not just to make money but to promote the development of the regions," said Paolo Maranca, central manager of State real estate assets.
One of the first steps is the sale of five valuable properties each worth more than 400,000 euros that will be conducted online but not through an auction, he said.
That includes a 14th century castle in Gradisca d'Isonzo in Friuli-Venezia Giulia, a 24,000-square-metre building in the centre of the city of Trieste, and the former 16th century convent of San Domenico Maggiore in Monteoliveto in the southern Taranto province.
A 99-year-lease is being offered for the surface rights of the island of Poveglia near Venice, a property that actually includes three small islands, two of which are connected by a bridge. The property lies opposite the Lido and near the inlet of Malamocco.
Other properties on offer, with a total value of about 9.4 million euros, include 148 small assets scattered around the country from Fruili to the Veneto in northern Italy, across to Lombardy and down to Puglia and Basilicata.
The sale does not end there.
The agency said that another 208 properties will go on the market at a later date, likely in September, including castles, monasteries, villages and lighthouses.